I did a little research about if rates rise and the numbers are quite scary on where we go from here regarding housing and the economy. Let’s assume that the payments people are making on their homes today are at the top of their bandwidth based on current debt to income levels and stagnate wage growth. Therefore, if you were to hold payments constant, the only alternative, if the fed were to raise rates, would be to drop principal.

That is a reduction in asset value of 11%. So, what does that do to the economy? Well, now you have lost 11% of your asset value, which means less money in the system to keep things moving forward in terms of multiplier effect. Sellers, who are often buyers at the same time, have less money to move from one property to another for down payments, spending at Home depot, hiring painters etc., all these result in a spiral that will drag the economy to a halt.

The graph below, Value of Property to Rate Rise shows that at 3.5% the value of the home is 100,000 (current market conditions) but as you move across the graph it shows the rate rise and what holding the payment constant would do to the value of the $100,000 house. In the event we reached hyperinflation, like the early 80’s that 100,000 home at a 14% rate would have decreased in value by 61%. Meaning that house, holding the payment constant is worth roughly $39,203! WOW.

Alternately, assuming people could sustain upward pressure on payments due to a rate rise, then payments, with a 1% rise, would increase by nearly 13% to afford that $100,000 home. It gets much worse as the rates increase more and more.

So, you have a rising rate environment which is contractual to the economy– the more likely scenario is that people start to dedicate more to their discretionary spending to their household payment. In the case above that would need to be 6.6% of their check going to their house payment and not to other consumption. What does this mean? You have to take money “out” of our consumption system (people eat out less, buy less amazon, less boats) which in turn will drag the economy to a halt, which will cause job loss and economic decline – which will also result in a decline in house value as people lose their jobs, out migration, foreclosure rise, etc.

The first scenario highlights the loss of asset value of $115,825 as buyers will not able to compensate their income levels to meet the rate rise obligation of a mortgage payment increase. This scenario seems most likely as wages have not increased in years of significant means.

The second scenario, assuming with a rate rise, you will still be able to get the value of underlying asset purchased at 3.5% while selling at a higher rate – which increases the payment a month. This scenario requires the buying pool to have more money to spend a month then it did before (as income levels rise the buying pool shrinks)

As the above depicts the buyer will need to pay $732 MORE a month to afford the 400,000 house! The after-tax implications are even worse, if you hold payment constant a decrease of purchasing power of 8.2% at a tax rate of 24% will be felt nationwide! If you raise tax rates to the following levels and hold asset values constant, we can assume a decrease in purchasing power of consumers similar to the table below.

The third scenario is extending duration:

The idea of extending duration is the only remaining financial “trick” to keep the music playing (time you must pay off your loan, think car loans, people could not afford 5 yr. loans, so dealers offered 7 yr.)  – though you would think banks would be concerned stretching the terms of the loans past the depletion timeframe of the asset – GAAP says a houses structure, if you put no money into will be worth zero in 27.5 years. In any event, assume this is possible and policy is changed to allow government back loans to extend 50 years. Even if you were to increase the loan to 50 years (AN INCREASE OF 20 YEARS) your payment would still increase by $459 a month resulting in decreased purchasing power of 5.1%! The problem with this “fix” is you can only squeeze so much principal out of a loan that is already amortizing 30 years so going out farther when 30 years is already a long time does little to curb the payment increase. Unlike car loans, where they were “short” term to start with.

Listing vs. Selling To Us

Which route is quicker?
Puts more cash in your pocket?
Has less hassle?

“I inquired with several “we buy houses” people/companies on their behalf & Rudolph the Home Buyer is the only one that made a fair offer for the property.”

“I had a family member out of country that needed to offload a property had been neglected for years. I inquired with several “we buy houses” people/companies on their behalf & Rudolph the Home Buyer is the only one that made a fair offer for the property. He then stuck with us through a very lengthy (5+ months) & sordid closing process which consisted of clearing up title issues & unfinished business with liens that hadn’t been released properly, and previous owners probate history, etc. If you have a property you need to offload in the Waco area, do not hesitate to contact Rudolph the Home Buyer.”

“Closed on my time…”

Closed on my time and very easy to work with! Thank You!

“They came right on time and paid me top dollar for my home!” 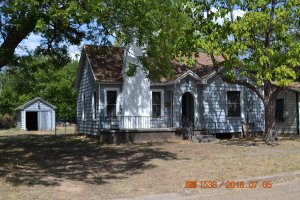 We buy Commercial Too 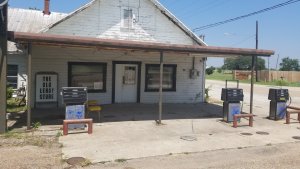